Topcatsuk Royal Wallace also known as Wallace is a male cat of the breed Bengal due to its leopard patterns. He has been Ellie Goulding's cat since October, 2015. Ellie's other cats include Lennon and Eve.

Wallace has light, icy, turquoise eyes with sharp and pointy ears. He has white fur with shades of yellow which resembles a leopard. His spots are with a shade of gold and brown.

Lennon's parents are called "Sky" and "Royal Sabre" and came from a litter of 3 males. 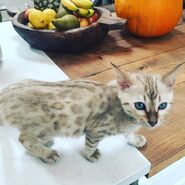 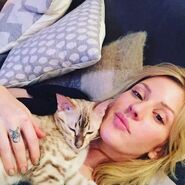 I very often find myself with a Wallace on me 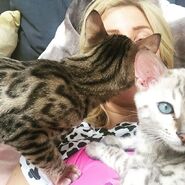 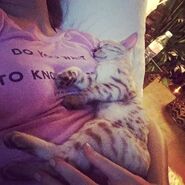 Think Wallace was happy to see his Mum! 💤💤💤 he's GROWN 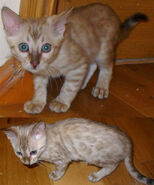 When Wallace was really small 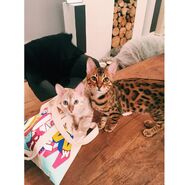 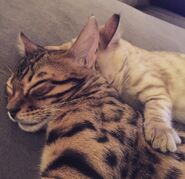 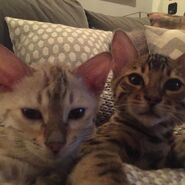 Lennon- “Night in with the homie #selfie” Going to miss these boys 😥
Community content is available under CC-BY-SA unless otherwise noted.
Advertisement